There’s this man. I guess I’d have to say I have a crush on him. He’s my age and he’s tall with a wiry build. He still has hair – it’s wiry too. And a mustache. I like mustaches. I see this guy every two years. When I say that I see him, I mean he’s on a stage and I’m in the audience. He is a cantor, a Jewish clergyman/musician, and he always performs at the biennial conference of the Union for Reform Judaism (URJ). I attend this event to have the extraordinary experience of worshipping with five thousand fellow Jews.

Beyond just a crush, I feel for this music man. There’s a whole cadre of Jewish musicians these days who are making magic with the liturgy. He was in the forefront of this movement as he wrote new melodies for old prayers. How does he feel on a stage full of fellow practitioners as he becomes the elder statesman and as they further blaze his trail? It was the young musicians who led our night of music. They paid tribute to him, letting him sing one of his “greatest hits,” but how does that feel?

There was another musician on the stage that I felt for too. About twenty years younger than my heart throb, I’ve also watched this guy over the years. He was so young at the start! And it was amazing then – and now – to see the teenage component of the URJ literally jump up and down as they sang every word along with him. Years ago, he jumped up and down too – through the whole song! This year I noticed that he started the jumping but soon let the kids continue without him. And of course, there is now an even younger guy on stage, who is following in the jumper’s footsteps. How does that feel?

As much as I’d like to convince myself that I’m writing about professional jealousies here, what I’m really talking about is aging. But that’s such a heavy topic for this evening of musical joy. We sang along! We danced in the aisles! We clapped with our hands high overhead! And we loved every moment! There were religious songs and patriotic songs and since we were in Boston we even sang the Cheers theme, so happy were we to be in a place where everybody knew…our tribe.

At one point, I found myself sobbing with joy in the arms of my dear friend, Liz. She’s an emotional gal too so we bubbled over together as delirious as with champagne. And as she held me, I saw a beautiful sight over her shoulder. The man behind us, a decade or so older, the one she had just told me about, the one in a late stage of cancer, he was grooving to the music, pretending his cane was a guitar, and strumming away for all he was worth.

Our song leader brought us down from a musical high and tethered us by closing the show with a song that invites arms around each other and gentle swaying. Thus, we sang a prayer used to mark joyous occasions. It thanks God for giving us life, for sustaining us, and for enabling us to reach the happy season. And so, the older musician, and the younger one, and the younger one still; and the teenagers, and the grown-ups, and my group of baby boomers, and those older still; found ourselves thanking God for being alive – regardless of our age. 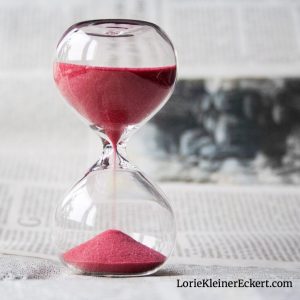