My granddaughter had difficulty going off to school at the start of kindergarten. To make stepping onto the big yellow bus more palatable, my daughter created a basket of gifts. If Cookie left without a fuss in the morning, she could reward herself with one item when she returned home. I loved the concept and wanted to put it to work in my own life, to help with tasks that were challenging for me, like sending my writing to publishers or promoting my new book to reviewers. A basket of adult trinkets sounded like a fine plan. If I wrote to a handful of publishers or reviewers each week, some prize could be mine! 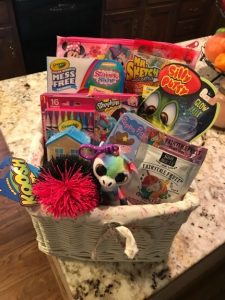 I immediately encountered a problem with this plan, though, and here it is: I already own everything I want, so what exactly could I put in my basket? Trying to figure this out, I wrote to twenty-eight friends asking how they reward themselves for reaching goals in life. Eighteen answered. The most interesting thing I learned is that not all my friends set personal goals nor do they reward themselves for making it through the ups and downs of life! However, from those friends with goal-and-reward systems, here are the wise words they shared.

Friends who reward themselves with NON-FOOD THINGS: 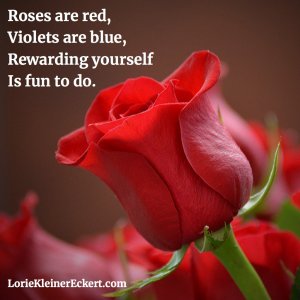 Friends who reward themselves with FOOD:

I was intrigued that several of my respondents rewarded themselves with the gift of time. 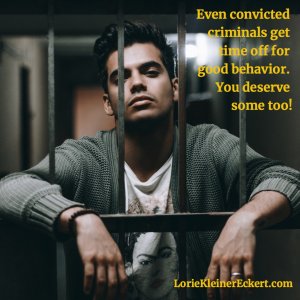 Here are the remaining responses I got:

I had hoped to come away from this exercise with a list of trinkets to put in a basket. Instead, I come away with this:

Share this on Social Media
Previous Post: « Evaluating Yourself – Earning All A’s in Life!
Next Post: Being the Patient Versus the Visitor in the Emergency Room »