The Making of a Unique Family 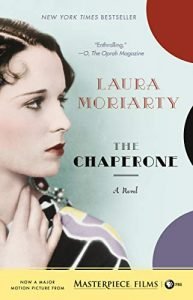 I love books where some odd collection of people come together to form a truly loving family. That is the case with this book. We have Cora X. Kaufmann Carlisle and her husband, Alan. They are an odd couple of sorts. To that mix, the author adds two men. One is a friend named Raymond and the other is a brother-of-sorts named Joseph. If you read the book jacket, you won’t get a hint about this foursome. Instead you will learn that Cora served as a chaperone to fifteen-year-old Louise Brooks when Louise traveled from Wichita, Kansas to New York City to study at the avant-garde Denishawn school of dance in 1922. I did not know Louise’s name, but evidently, she actually existed and indeed went on to become a film star later in that decade. The book jacket leads you to believe that Louise’s story is the main one, but that is not at all my take on the book.

Cora agreed to chaperone Louise because she had an agenda. She had a past connection to New York that she wanted to learn more about. The whole Louise Brooks story just gave Cora a reason to travel there. The author ultimately tells you the main points of Louise’s life and career — and it’s all pretty juicy. But that was simply not the story that mattered most in this book, at least not to me. Cora’s family of four on the other hand was quite intriguing!

I hope you love my book reviews and that you will subscribe to my blog/newsletter to read more of my work. There is a FREE gift to new subscribers: a downloadable booklet of motivational quotes, Some Do’s and Don’ts in Life.

Share this on Social Media
Previous Post: « The Day the World Came to Town: 9/11 in Gander Newfoundland by Jim DeFede
Next Post: I Don’t Want to Do This Myself! »