The Teen Years: Not Fun for Anyone 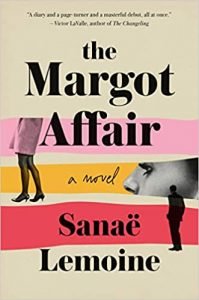 The most disturbing part of The Margot Affair is a story-within-the-story written by Margot’s good friend (only friend?), Juliette. Juliette hopes to turn it into a film. The tale takes place in an isolated town in the French countryside that selects a new female mayor every ten years. On the morning of the selection, women aged eighteen to forty gather in the town hall. As the older women preside over the ritual, the younger women take turns literally taking bites out the current mayor. The candidate who causes the mayor’s death becomes the new mayor.

Huh? What? Why on earth is that a part of this book? Let me start at the beginning as I try to answer that question.

Margot is the first-person narrator of this book set in Paris. She is seventeen years old and the daughter of Anouk Louve, a famous stage actress, and Bertrand Lapierre, the French Minister of Culture. Her parents are not married, but have been in an affair that has spanned two decades. Indeed “Father” as he is called throughout the book, is married and has two sons who are older than Margot. He has never publicly acknowledged the existence of Anouk or Margot. Wanting to change this fact, and maybe even get Father to leave his wife, Margot reveals her family secret to a journalist she meets when she attends a party with her mother.

The journalist is named David, and his wife is Brigitte. Margot becomes close with both of them. More than just sharing her parentage with David, she betrays her parents by allowing Brigitte to ghostwrite her memoir, exposing every detail of their lives.

Whereas one might think this book would focus on the absent Father, in many ways he doesn’t seem to count. This book instead is focused on the parent who is present, Anouk. Indeed, it focuses on the mother/daughter relationship. Two extreme motherhood options are described:

So as much as the book title wants me to believe this is the story of Anouk and Father’s affair, I’m thinking the “affair” of note is the one between Margot and Anouk. In spite of the fact that Margot does a lot to hurt her mother – akin to the women in Juliette’s play who take literal bites – Anouk responds by throwing herself in front of the bus to save her daughter and their life together.

Sheesh! The teenage years aren’t fun for anyone.