A story about anger and forgiveness 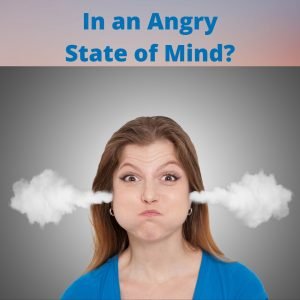 I went to a Billy Joel concert the other night. His wonderfulness is a story for another day. Today I want to talk about his song, “Big Shot,” and use it as a springboard for discussing forgiveness. To fully cover this topic, I’m going to draw Carly Simon and Frank Sinatra into the mix.

Starting with “Big Shot,” it is one of Billy Joel’s greatest hits, and its lyrics are full of anger. According to Vulture (a section within New York Magazine), it is “the most pissed off record [Billy Joel] ever made.” The narrator is enraged with his friend for things that happened the evening before. The friend had to have the last word! And the spotlight! And seriously crossed a line when opening up his/her mouth! The narrator repeatedly shouts, “You had to be a big shot, didn’t you?” Those last two words famously get slurred and become a slur, “dintcha.”

When Billy Joel performed this song at the concert, I was interested to hear the intensity with which the audience – yes, me included – joined in on the singalong. We knew every single word. This made me wonder, does everyone have a Big Shot in their life to shout about?

Going from dintcha to dontcha, I started to think about Carly Simon’s song, “You’re So Vain.” Apparently, she is addressing an ex-lover when she says, “You’re so vain, I bet you think this song is about you.” And then she asks twice in a row, “Don’t you? Don’t you?”

Biography.com says, “Ever since [Carly Simon] released her accusatory track in 1972, the identity of the ‘you’ has remained one of the greatest mysteries in music history.” I recognize that this is a great gimmick for promoting the Carly Simon brand, but on the other hand, since the song came out in 1972, that’s almost 50 years of carrying that particular grudge. What a heavy load to carry for half a century!

And speaking of old grudges, there is the one surrounding Frank Sinatra’s song, “The Best is Yet to Come.” I learned of it when I wrote a story about the crooner.

When Sinatra died in 1998, he had been married for almost twenty-two years to his wife, Barbara. She was the one who created his tombstone. It included the inscription, “The Best Is Yet to Come.” It also called him a beloved husband and father. This marker remained in place until 2020 when someone took a hammer to it to remove the word, “husband.” Damaged beyond repair, there is a new marker now. It says, “Sleep Warm, Poppa.”

Clearly, there is still a feud between Barbara and the kids. This is ridiculous! Here’s why: He died over 20 years ago. Barbara died too, in 2017. But the more important chronology is that Sinatra’s surviving kids were born in the 1940s. Shouldn’t they be mature adults by now? And since all the key players in their family feud are dead, the Sinatra kids effectively prove the old adage that grudges seldom hurt anyone except the one bearing them.

I am thinking about the giving – and receiving – of forgiveness because the Billy Joel concert was September 10, 2021. It was smackdab in the middle of the Jewish high holiday season that includes Rosh Hashana and Yom Kippur. Rosh Hashana is the Jewish New Year. Yom Kippur is the Day of Atonement. During this ten-day period, we actively make amends with those we harmed in the past year, and ask God for forgiveness as well.

In a Yom Kippur service long ago, the rabbi gave all the kids in the congregation a Magic Slate. Remember that toy? It was a two-layer tablet with a thin plastic sheet on top. You could write or draw on it, but when you peeled back the plastic sheet, everything you had drawn was erased. The rabbi had the kids draw a picture of some behavior they regretted from the past year. Then he had them lift the thin film thereby giving them a blank slate for the new year. Better still, he told them in so many words that they were forgiven.

But here is the takeaway from the story: God is not just granting forgiveness to the kids, but to everyone. This would include the big shot, the vain guy, and the person who had the audacity to love my loved one. And if God can forgive them, I must too. Otherwise I am holding people to a higher standard than God does. Talk about ridiculous…

Oh! And here’s some good news: This same thought process applies to things I have done for which I have trouble forgiving myself.

I get it that Billy Joel – and Carly Simon – will continue to sing their hit songs. Of course, they will! But for the rest of us not earning royalties on our anger, it’s time to realize what a heavy load we carry when we carry a grudge.

I think it’s time to wipe the slate clean.

A note from Lorie: Thanks for supporting my writing. I hope you will also have a look at my Etsy shop. Here is my newest product, a corn heating pad. It’s a great gift for the holidays, but be sure to get one for yourself! 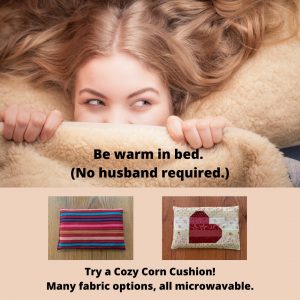